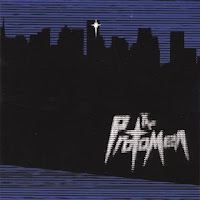 I'm a storytelling enthusiast. One of the most interesting ways to tell a story is the Concept Album. I guess that's why I'm one of the few people who think MACHINA was one of the Smashing Pumpkins' better albums.

In 2007, the metal band The Protomen released their eponymous debut album. It is a concept album that takes the form of a rock opera based on the Mega Man video game. The band is completely engrossed in their tale, touring the nation in their "protobus" and stopping in various cities to do shows, or "battles". The band wears masks to show the character they are singing as. Mega Man is known in Japan as "Rockman", and this band shows you why. 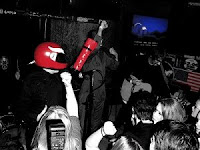 y Dr. Wiley's army of robot masters. The first track, "Hope Rides Alone" is a Prog Rock track that establishes the background to the current story. Dr. Light labored to build a machine that could over throw Dr. Wiley's regime. In the year 200X, he hits a breakthrough, and builds Proto Man. A powerful robot designed to cut through the robot army. An epic battle against Dr. Wiley's army ensues. Proto Man fights valiantly, but in the end, as the denizens of the city look on, Proto Man is overwhelmed. As Proto Man dies, humanity fails to attempt to save him, looking on as Dr. Wiley orders the coup de gras.

The next track is "Funeral for a Son". A slow instrumental track that represents Dr. Light burying Proto Man, whom he had invested 12 years in his creation.

"Unrest in the House of Light" has a kind of Johnny Cash feel to it. Dr. Light had gone on to build a new robot in the mold of Proto Man. His name was Mega Man. Now Dr. Light is faced with the difficult task of explaining to his new "son" what happened to his brother, and why he refuses to let Mega Man attempt to finish the fight of Proto Man. Dr. Light is bitter about the Kitty Genovese-esque actions of the people of the city. 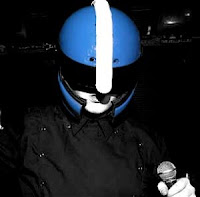 "The Will of One" is a rock song that noticeably incorporates the old school Mega Man 8-bit theme. Mega Man explains to Dr. Light that he's going to go fight Wiley, against Light's wishes. Mega Man refuses to leave the humans who are unwilling to help themselves to their doom. He also wishes to avenge the death of his brother. As he contemplates the situation, he notices that someone has defaced Proto Man's gravestone with the phrase, "Hope Rides Alone".

"Vengeance" is another fast paced rock song, where Mega Man smashes through Dr. Wiley's forces with ease. As he cuts a swath towards Dr. Wiley, his last defender steps forward from the shadows to challenge Mega Man.

The pace slows down for "The Stand (Man or Machine)". Dr. Wiley's final defender steps foreword. Revealing himself to be Proto Man, thought dead. Proto Man explains why he chooses to stand against humanity. Like Dr. Light, Proto Man is bitter about the apathy of the people that he gave everything to fight for. No one is willing to fight for themselves, expecting a "hero" to step forward and save those who would not save themselves. Mega Man is forced to choose between fighting his brother, or forsaking mankind.

"The Sons of Fate" is probably the heaviest song on the album. Proto Man and Mega Man face off against each other. Proto Man castigates the people for their inaction, as they call for Mega Man to destroy his brother. As the music slows, Mega Man finishes off Proto Man, and defeats Wiley. As the crowds praise Mega Man as a hero, he looks down upon the remains of his brother, and distraught by his actions, turns his back on the people.

"Epilogue: Due Vendetta" is a fast, hard, and heavy track that doesn't really have any bearing on the story.

All in all, the album is an impressive showing for an indy band. The mastering could really use some tightening up, and the guitars and vocals have some harmony issues, but, for me at least, the audacious concept makes up for it. I'll give it an 8/10.

Really illustrating both the feel of the story The Protomen are telling, and the atmosphere of the band live, are the two music videos they've released.


The video for "Hope Rides Alone" really drives home the atmosphere they're trying to construct.


This is the video for "The Will of One", and it's a recording of a live concert. Complete with the Mega Man helmet.

Both Videos can be found in higher quality at the Protomen's website.
Posted by The Renaissance Man at 7:19 PM

I dig the ProtoMen, but I don't know if it's because of their music or because I really, really, really like the Mega Man series.